Speeding is a common driving offence, it is often one which goes unchallenged by those accused of it. The vast majority of speeding offences are dealt with without the need to attend Court. Fixed penalty notices incurring 3 penalty points and a £100 fine are often dealt with by simple correspondence.

A speeding offence can have a significant effect on an individual’s driving licence. Generally speeding would lead to 3-6 penalty points being endorsed on someone’s driving licence and a fine of up to £1,000. It is possible however where the speed is deemed to be excessively over the speed limit for the Court to impose an immediate disqualification from driving.

It is important to seek legal advice when accused of speeding.

If your vehicle has been involved in an alleged speeding offence, you may have been stopped by the police at the time. If this is the case, you will likely have received a fixed penalty or been told that you would be reported for summons to appear at the Magistrates' Court.

We have represented people in the past where false details have been given at the roadside to police which has led to them receiving a Court summons when they had not been the driver of the vehicle.

The alternative to being stopped by the police is that the alleged offence may have been captured by a speed camera. If that was the case then, as the registered keeper of the vehicle, you would receive a notice of intended prosecution and a requirement that you identify the driver of the vehicle.

If it was not you that was driving the vehicle, you are expected to use reasonable diligence to ascertain who the driver of the vehicle was.

You were not Speeding

This is generally the most frequently raised defence in relation to allegations of speeding. For a prosecution to be successful, the prosecution must satisfy the Court so that they are sure that you were the driver of the motor vehicle which was being driven on a public road or in a public place and at the time, the speed of the vehicle exceeded the speed limit. A challenge in relation to whether or not you were speeding is generally based upon the officer not using the detection device correctly or that the detection device was not operating accurately or correctly.

Police officers must use detection devices in accordance with the guidance with which they are provided.

We can provide advice and assistance on speeding allegations to see whether or not you have a realistic defence to run in relation to it.

Upon notification of any speeding allegation, early expert advice can be the difference between a conviction or not.

For details about our legal fees please click here.

To find out more about how we can help you, please click here or contact us for free initial no obligation advice. We are available 24/7, Freephone 0800 304 7740.

Call us today for free no obligation advice:

Hewitts saw me immediately and explained all the options. 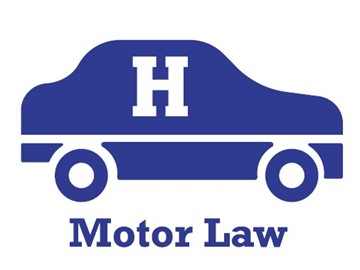 For free initial no obligation advice